Today, on the blog we’re excited to have livestock industry icon, Christy Collins. Christy is well known across the country for marketing and promotion of club calf/composite genetics, sale management and yes, photography.

Tomorrow is the 8th Annual Embryos on Snow Auction and La Prix Scholarship Award Presentation, managed by Christy Collins Inc. Many of our FMG customers are offering genetic lots in the sale, and our very own Kent Jaecke will be taking bids. We think that this offering is impeccable and a great event for those in Denver.

Furthermore, we at FMG are honored, that one of our biggest influences has shared so much about her perspective on the industry. Please join us in welcoming Christy Collins to our Focus blog!

1. Please share a little bit of your background in the livestock industry.

I grew up on a farming and ranching operation in Southwest Oklahoma. My great grandfather brought the first Hereford cattle to southwest Oklahoma. We were small farmers of wheat and oats, mostly to raise feed for the cattle. I was raised in the purebred business and vividly remember the annual production sales and my mother working on sale catalogs, ads and mailing lists. I have an old 5×7 card box with hand typed addresses on index cards. There are about 50 cards in there. This was their mailing list.

I still live on the ranch today, in a home that was built by my Grandfather’s brother. I really appreciate home and the country there.

2. What sparked your interest in sale management?

I was never really interested in sale management. I was always interested in marketing what we had, or what I found interest in. I never thought, “I want to be a sale manager.” My main goal was to organize a sale in which we could sell females to raise club calves.

At the time, our family operation, was moving in a different direction. I was interested in cattle from the north that were Maine influenced, that were good enough to AI to Sugar Ray. I traveled to Wyoming to find the cattle and organized the first Exposure sale in Edmond, Oklahoma. Money was much tighter then, for a lot of people. It wasn’t the gravy train that it is today. There were several bred heifers that sold through the first two Exposures for $700!

3. In your role as sale manager, what are the “steps” in preparing for a live auction?

There are many steps. It is like event management. It takes a lot of thought, planning and organization to do it right. The most important part, however, is making sure you have a good product to market and telling people about it in an effective manner.

4. What is your favorite part of the process?

I really enjoy sale day and the excitement of the auction. I enjoy all of it, for the most part. It always feels good, when a sale is a success. It’s good for the buyer, the seller and the entire business when we have successful sales. However, success always adds pressure the next time around.

The only part I really don’t enjoy is computer work. I enjoy the management and marketing aspects. The computer has grown to be a sore spot for me in the last five years, especially now, since I stare at an iPhone all day.

6. Tell us a little bit about the Embryos on Snow auction and the La Prix Award. 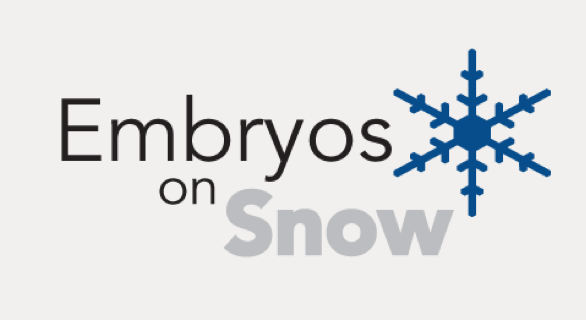 Embryos on Snow was started in Denver in 2007. The first two sales were at the Holiday Inn on Bannock Street where Teddy’s is. The room was so packed, that the hotel and the fire department finally told us that we couldn’t do that anymore. It was kind of a “rough house affair”. Anyone under 21 couldn’t get in because we were really in the bar. It looked like a rock concert from the podium, it was wall to wall people. They had the door open to cool the room off and it was snowing outside! The sale’s success, as well as the continued growth of the business has moved it along at a fast pace. We now estimate that we will house near 700 to 800 people for the sale this year.

Embryos on Snow, was an idea that stemmed from a conversation that I had with Stanley Stout, prior to his sudden passing in 2006. He encouraged me to continue with the endeavor. Trans Ova has always been a sponsor, and Don Coover of SEK Genetics was very instrumental in helping start Embryos on Snow. Today, Jason Scheetz contributes a huge amount of time to it. Jason’s efforts, are the reason that it has continued to be such a success. The quality of the lots are amazing. It take a great deal of time and phone calls to secure this offering.

*To view the catalog for this year’s Embryos on Snow Auction, click here.

7. What makes this auction different from others?

Embryos on Snow is unique because it involves so many people. It is by invitation only and we have always tried to make it revolve around cattle that we believe in, and cattle that are based off of phenotypic excellence, good programs and good people. The lots selling are not offered in any other consignment sales throughout the year, they are unique to Embryos on Snow.

8. Why did you want to start the scholarship program?

I wanted to give something back to the business that has done so much for me and my family. I wanted a youth program that was supported by the club calf and composite business, for those kids that weren’t necessarily breed affiliated. The Embryos on Snow is a conglomerate effort, one in which the people selling the embryos, really don’t need to sell them, they do it to support the sale. It seemed to make sense for a large part of the profits to be donated back to something that supported our industry.

*For more information about the La Prix Scholarship, click here.

9. What is the most rewarding part of your job?

Very easily, the most rewarding part of my job, has been the places that I have been able to travel to and see, the people that I have made acquaintance with, and the vast experiences that I have had. It has made me a well rounded person and I have learned to look outside the box. Few things really phase me anymore, after all of the things that I have had the chance to see and do.

Of late, I have learned to really appreciate the people that have stayed close to me, not just on a personal level, but in business as well. I look at things on a much lighter note now and value these friendships much more. I worry about things a lot less than I used to.

That’s a tough one. I have several, some in business and some personal. When I got started in the entire business, Fred Stivers and Keith Kissee had as much influence on me, as anyone, from a business and creative standpoint.  I used to stare at the pictures in the Angus Journal. I couldn’t study in college, from looking at the Journal all the time. I was in awe of the Stivers photos of the early 90’s. I had an airbrush that ran off of an air compressor that I bought at Hobby Lobby. I had little jars of blue paint for the sky and I would take and exacto knife and cut out sticky, clear film around the cattle so I could spray the blue paint on the background! True story.

As far as the cattle, Dean Kephart taught us a great deal about crossbreeding cattle, the club calf business and the value of maternal influence. Dean was a pioneer in the development in the composite business. Kal Herring as well, helped me make many contacts in the north and was a great friend. At home, my Mom and Dad also have a great eye for good cattle, so I had a good jump start from the beginning. It really does run in a persons blood.

From a personal standpoint, my family has always been the greatest inspiration to me.

On a lighter note, the movie, The Godfather had a profound affect on me, from a business and dealings standpoint. I’m not sure how many times I have watched Godfather I and II, but you would think it strange, if you knew. There are a lot of good mottos to live by in that movie. I can recite most of the scenes in the Godfather II on cue. Strange huh? Don’t worry, I’ve never thought about putting a horse head in anyone’s bed. Well … maybe.

Christy also included these, “A few things you don’t know about me:“

I bought my first Apple computer in 1995 roughly. One year later I wanted to buy some stock in something, with some of the photo money I made. I decided to buy some Apple stock, because I was intrigued with my computer. My broker friend told me it was a “dead in the water company.” Instead of buying 200 shares of Apple for around $20, I bought some $40 Microsoft instead. Intuition is never a bad thing, you have to trust it.

I love fashion and fashion marketing. I love the creativity of the ads, the photos, the marketing campaigns and the window displays. I have drawn lots of inspiration from that. I have no cattle magazines in my home, only a few are in the office and most of them are old ones that I decided to keep and are on a book shelf. I never read the current ones, or look at the ads. I base most of my opinions and get my information, from talking to people. I probably should study pedigrees more, like I used to.

I will never look at a sale catalog that I produced, until a few days prior to the sale. I like to hear peoples comments before I look and make my own assessment. It clouds my brain to evaluate my work, while working on another project.

And I have never really shared this much information with anyone, but we live in an age that is very social and privacy has faded. I have always been reserved, so social sharing has not been easy for me. Perhaps it is important on some level to be open and communicate.

Most importantly of all, I believe in this business and I am thankful for what it has done for so many people. Several people under 30 years of age do not realize that in the early 90’s and 80’s, the composite and club calf business was just getting started and barely existed. This business has grown and evolved and has given many people opportunity and a full, enriching way of life. How great is that?

Please join us in thanking Christy for giving us a personal look at all she does for our industry. Be sure to stop by the Embryos on Snow Auction tomorrow Jan. 17, 2014 at the Renaissance Hotel at 7pm MST or bid online via LiveAuctions.tv.