PJ and his wife currently live in Fort Worth, Texas and run HerefordBreeder.net & AngusBreeder.net, two websites promoting each breed across the globe. PJ was kind enough to answer our questions about his business and his unique history. If you get a chance, go ahead and “like” Hereford Talk & Angus Breeder on Facebook.

1. You’re from South Africa, how did you end up in Fort Worth?
I’ve been coming over to North America once or twice a year since 2007. These trips were cattle related, but I also just loved the way in which America operates and approaches the industry as well as life in general. The cattle business in the US is as professional and as advanced as anywhere in the world. And for my wife and i, it was a logical choice for us to move to the US, because the country as a whole appealed to us. With our international cattle initiative in mind, the very best place to be based would be at the source. The US is, for the most part, the source of the world’s genetics. I see this trend continuing into the future as the American seed-stock producer continues to look for better ways to breed cattle and improve the industry and its product.

We looked at several cities, but Fort Worth, Texas felt the most like home to us. So, I guess you could say that we had the choice of moving to any city in the world and we chose Fort Worth, Texas. The people of Fort Worth have gone out of their way to make us feel at home.

2. Why did you originally start HerefordBreeder.net? Tell me a little bit about the history of the business.
HerefordBreeder.net is a international Hereford cattle initiative which promotes awareness, goodwill and trade between and with Hereford countries across the world. It is amazing how each country’s Hereford industry has a great story going on and as well as unique individual needs. The problem was that until the HerefordBreeder.net initiative was launched, no-one knew what was going on outside of their own regions. Today, with HerefordBreeder.net is has become a lot easier for breeders across the world, to be informed of other country’s news and events, make contact with breeders on other continents, but also trade in a way never seen before… as the world now has quick access to everybody else’s genetics. The “Hereford – Champion of the World” competition takes place annually via the website and “Hereford Talk” Facebook page. This features National Champion bulls and females from over 40 countries. This initiative gives the world an annual window into what’s highlighting around the world. There are great plans moving forward involving a major stock show and some big rewards for winners of this competition. AngusBreeder.net was launched on April 1st, 2013 and the plan is to roll this initiative out to all major beef breeds.

3. Do you have a personal connection to the Hereford and Angus breeds?
I was raised on a 5th generation cattle and sheep ranch in South Africa. My Great Grandfather and Grandfather had registered Herefords. I started breeding registered Herefords at age 15 and BonHaven Beef Cattle is still functioning and growing as a multinational beef cattle business in 7 locations in South Africa, Namibia and Mauritius. Starting as a Hereford herd when I was in the 10th Grade, BonHaven is now a registered Hereford, Angus, Red Angus, Brahman and Braford seedstock company. I have no more involvement with the company, as I plan to focus solely on the international initiatives. I have served on the national boards of the South African Hereford, Angus and Braford Associations. Highlights in my breeding career include selling the all-time record price Angus bull in Africa in 2011. Having the highest sale average for Hereford bulls in South Africa in 2012. Exhibiting the Champion Black Angus Bull at the 2012 Royal Show and winning the Reserve Champion Bull and Female titles at the 2011 Hereford National Show.

4. What makes HerefordBreeder.net and AngusBreeder.net different that other cattle websites?
I believe that the value of this initiative lies all in its novelty and uniqueness. It is the only breed-based website in the world that features and profiles every Association in the world at such an in-depth level. It serves as a tool for breeders to learn about cattle in other countries, meet breeders in other countries and also to promote their own genetics or find new genetics. Every breeder in every country is given an equal platform to launch themselves from. It is based on the FIFA concept. FIFA governs world soccer. The FIFA World Cup is the flagship for this organisation. For HerefordBreeder.net and AngusBreeder.net, the “Champion of the World” competition is our flagship. 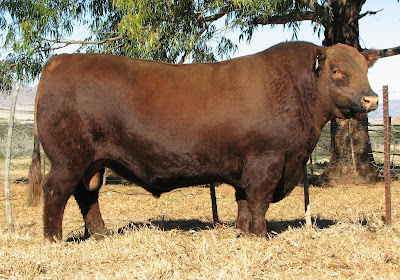 5. What is your favorite part of your job?
I have so much respect for farmers and ranchers around the world. They have to deal with so much risk and opposition all the time, and yet they continue to serve the entire earth by keeping people alive with food. They have opposition from the weather, politicians, activists, economies and yet they continue to find better ways of doing things. Seed-stock producers are my heroes! They do all that farmers and ranchers do and more… they put in hours a week of extra work that no-one will ever even know about. So my favorite part of the job is taking what my heroes have produced and exposing it to the world!

6. Do you travel to the countries represented on the websites?
By the end of October 2013, I would have visited almost 40 countries. Everywhere I go, I learn something different. The more places I go, the more ideas I get, but also the more I come to appreciate the American cattleman. This year alone I have been invited to judge major cattle shows in Paraguay, Colombia, South Africa, Netherlands and Sweden. Travel has been my greatest educator. There are so many opportunities out there, my mission is to expose them to the American producers. 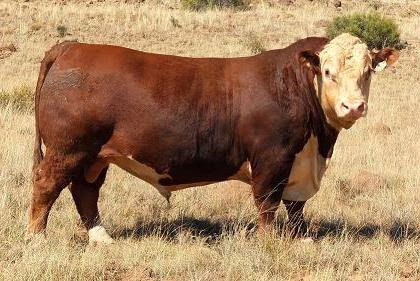 7. Anything else you think readers of the blog might be interested in?
To be a part of AngusBreeder.net or HerefordBreeder.net contact mrangus@angusbreeder.net or mrhereford@herefordbreeder.net. There are numerous promotion, advertising and investment opportunities that we’d love to work with breeders on.

Also, please go onto www.herefordbreeder.net and angusbreeder.net on December 1, 2013 to assist in judging the 2013 “Champion of the World” competitions.

Thank you PJ for sharing so much with Focus Marketing Group! We will be sure to keep you all posted about the “Champion of the World” competitions as well.